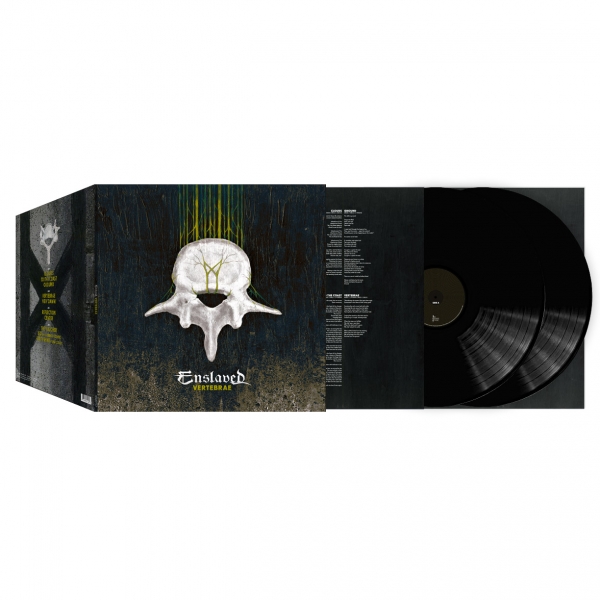 Paired with the re-issue of "Axioma Ethica Odini", as these two Enslaved-albums also form an important pair musically; as many of the bands releases do, forming pairs in dynamics sonically and conceptually. Already somewhat of a “cult classic”, this is the album where the production philosophy of "new era" Enslaved was born, through the mentoring of mixer Joe Baressi (Tool, Queens of the Stone Age, Melvins) – recorded in Studio Studio, owned and operated by TNT lead guitarist Ronnie Le Tekrø (who also guests on the album).

This By Norse Music (Ivar Bjørnson's own label) re-issue features two very rare cover-tracks recorded during Enslaved legendary live-appearance at Henie Onstad Museum, Oslo, Norway - in May 2011; one is Rush’s "Earthshine" while the other is King Crimson’s instrumental "Red". These covers set the rest of the album into context through highlighting two main influences for Enslaved’s evolution from especially "Vertebrae" and onwards.

The re-issue features in-depth liner notes written and edited by writer and long-time friend of the band Chris Dick; known for his decades of writing for the American Metal-magazine Decibel Magazine. The liner notes are written in the style of an in-depth and extensive interview with all five members on the album, where many new angles and golden nuggets of information never before divulged publicly.

The design of the album is beautifully redone with new details, colors layout solutions by Marcelo Vasco (Slayer, Kreator, Machine Head), all while staying true to the original artwork by longtime Enslaved-cover artist Truls Espedal.