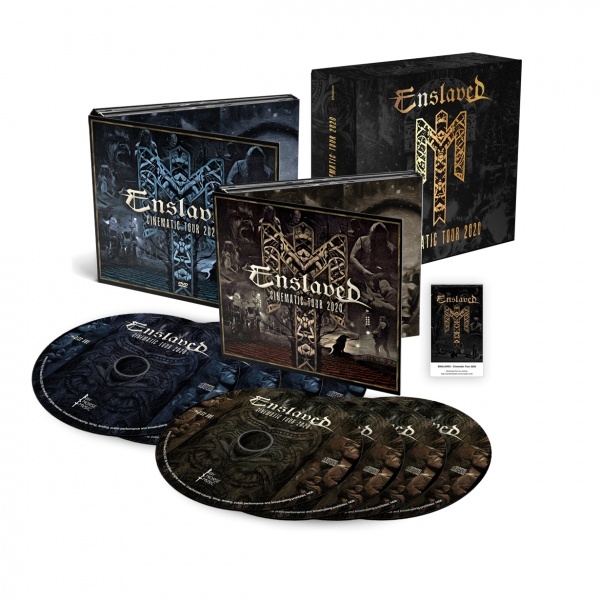 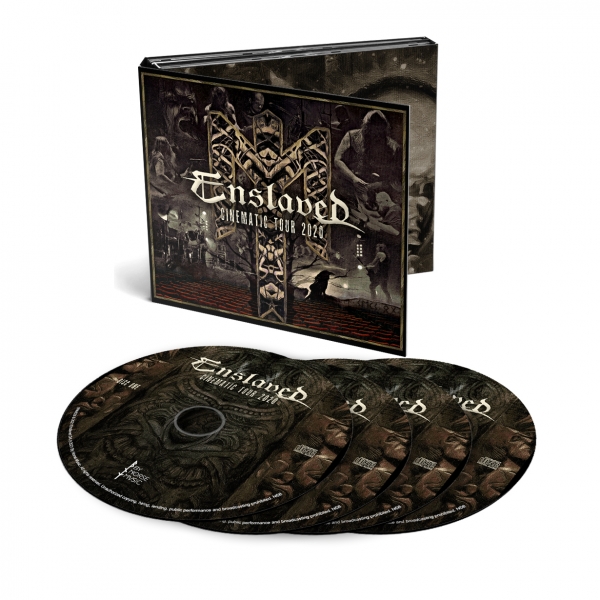 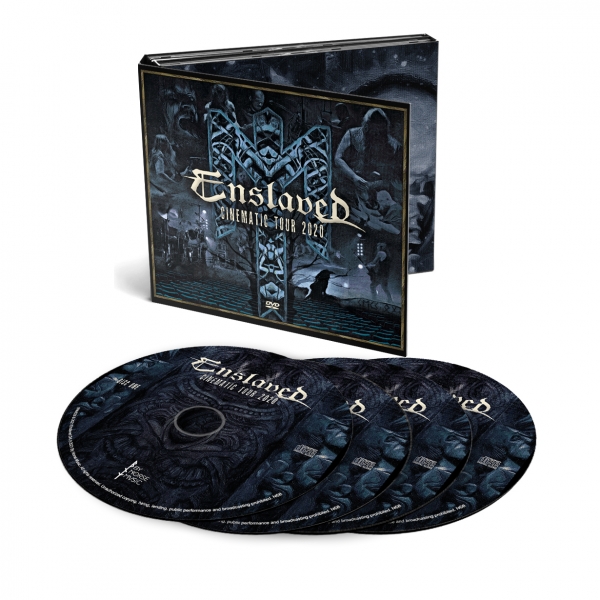 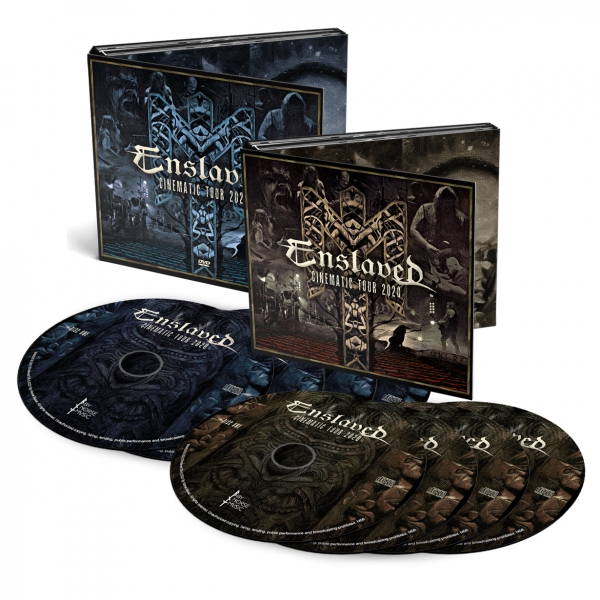 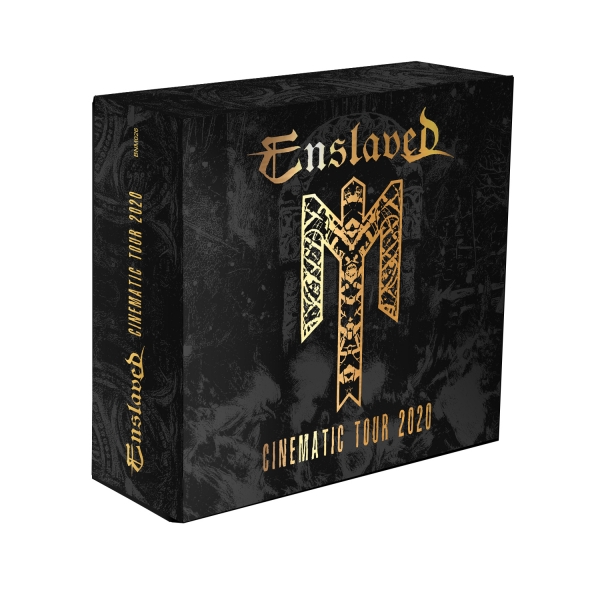 Enslaved is celebrating 30 years of unprecedented, genre-boundaries altering presence in the Extreme Metal and Prog scenes in 2021! To celebrate this milestone, By Norse Music and Nuclear Blast proudly announce the release of the Enslaved “Cinematic Tour 2020” on June 25th, 2021.

“The Rise of Ymir” was performed as part of the Verftet Online Festival in Bergen during spring 2020. As the band celebrates its 30th anniversary in 2021, ""The Rise of Ymir"" is a powerful gathering of some of Enslaved’s all-times favourite hymns.

"Chronicles of the Northbound” was performed in the spirit of and in collaboration with Roadburn Festival at USF Verftet in Bergen, Norway, during a psychedelic day of Summer 2020. The setlist was assembled 1:1 from an online voting by fans. Enslaved salutes their fans for their efforts in choosing a list that was also 1:1 with their "dream set".

"Below the Lights" was performed in league with Beyond the Gates Festival at USF Verftet in Bergen, Norway, during a dark day of summer 2020. The event witnessed Enslaved perform their acclaimed opus "Below the Lights" in its entirety, featuring the guest musician Inge Rypdal.

“Utgard – The Journey Within” was performed with power from Summer Breeze Open Air, at Nowhere in Sotra, Norway during a day of might in Summer 2020. "Utgard - The Journey Within" was Enslaved’s virtual release party for their latest album "Utgard".